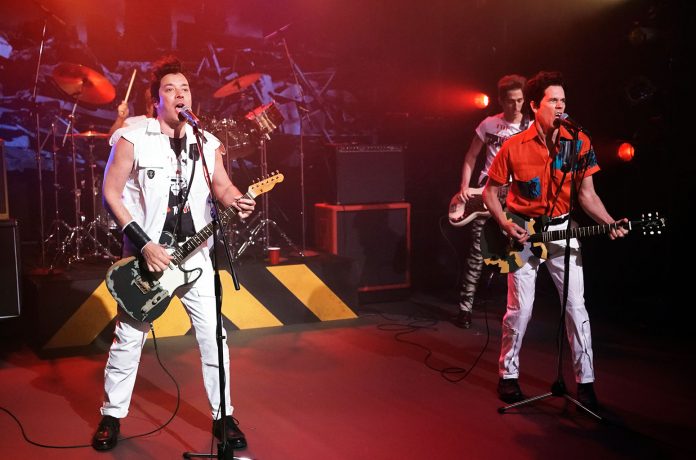 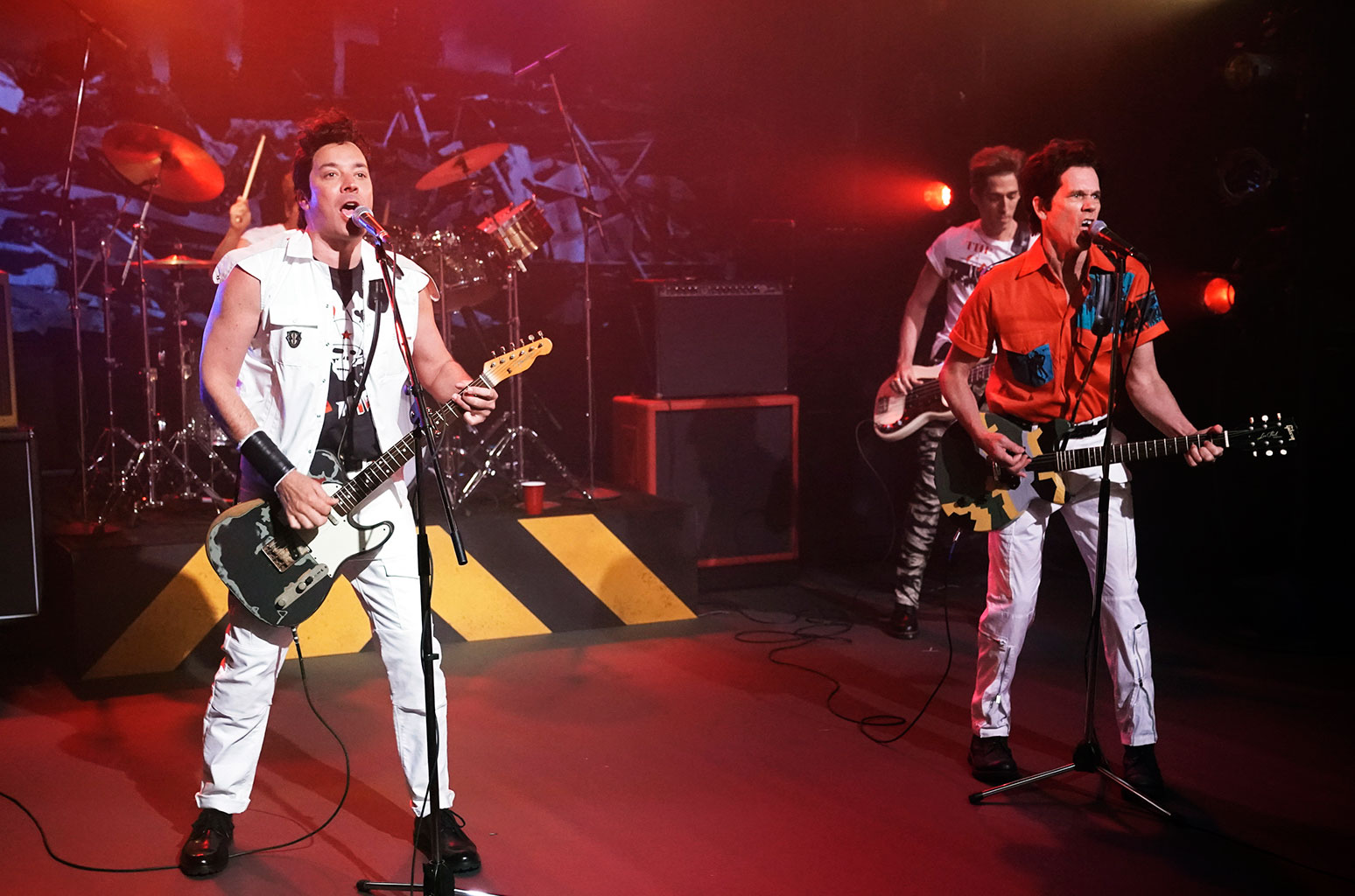 What is The Clash‘s iconic 1982 Combat Rock punk jam “Should I Stay or Should I Go” really about? The dissolution of a relationship, singer/guitarist Mick Jones’ angst about his impending split from the band, his relationship troubles with his then-girlfriend, or is it just about literally not knowing which direction to go in? Jimmy Fallon and Kevin Bacon tried to get to the bottom of the enduring rock mystery on The Tonight Show on Tuesday night (July 30) in the latest edition of “First Drafts of Rock.”

You won’t get many answers, frankly, because the pair managed to turn the foot-stomper into a punk version of “Who’s on First,” thanks to Bacon-as-Mick-Jones’ newly twisty, zen koan-like lyrics. “Should I stay or should I go/ If you wanna have me stay/ Then I will not go away/ But if you just want me to go/ Then just say, ‘hey you should go,'” Bacon sang pugnaciously over the song’s signature choppy rhythm.

It didn’t get any clearer from there, with the battling singers resorting to singing about flipping coins to decide the leave-tacking with heads or tails, then realizing no one brought one, only to wonder if maybe their fate should be decided by a Magic 8-Ball or a Rubik’s Cube, which makes the least sense. “A Rubik’s Cube can’t answer questions,” they sing in harmony in place of the song’s original chorus.

It was the latest in the duo’s series of rock history re-writes, which has previously included their takes on Tom Petty‘s “Free Fallin’,” The Guess Who‘s “American Woman,” The Kinks’ “Lola” and The Beach Boys’ “Fun Fun Fun.” 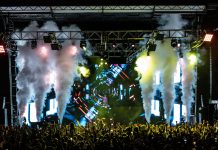 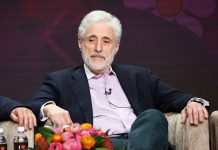 Producer of Original 1969 Woodstock Calls it a Lesson in Community