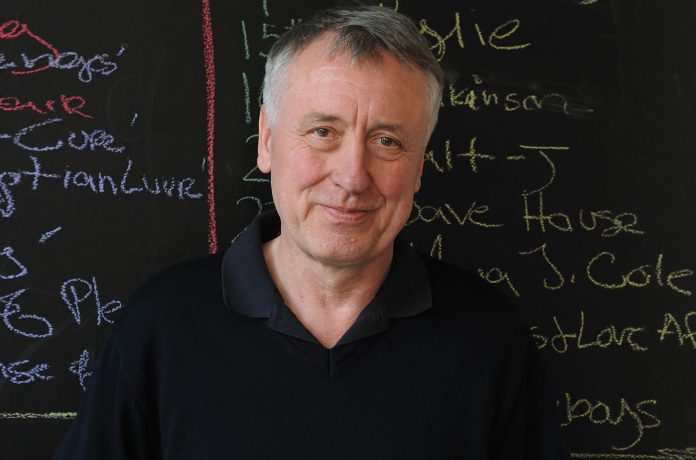 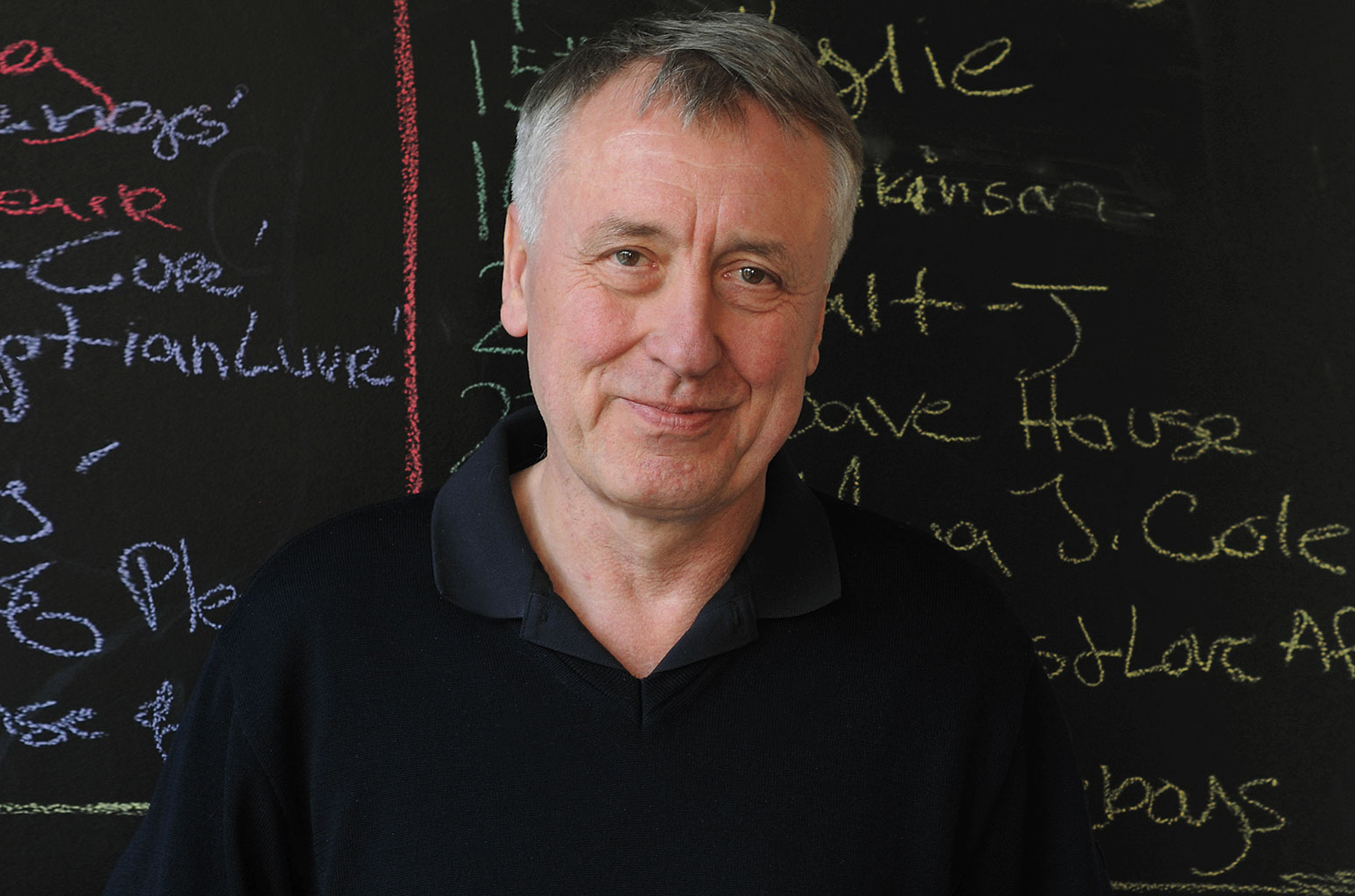 Ten years ago, German media giant Bertelsmann enlisted veteran music executive Hartwig Masuch to launch BMG with three employees and the rights to a few recordings that were held back when the parent company sold its music business to Sony. Since then, the new Bertelsmann Music Group has grown to more than 850 staffers — and become the fourth-biggest recorded music and publishing company in terms of revenue, right behind the three major labels.

BMG prides itself on being a different kind of music company, where many artists own their masters (and license them to the label), deal structures are less beholden to the past and costs are managed with more discipline. It was built during a decade-long corporate buying spree that started when music valuations were low. But Masuch, an outspoken CEO based in the company’s Berlin headquarters, is now focusing more on organic growth in both recorded music and publishing. The company is certainly growing: Revenue in 2018 increased 7.5% over the previous year to $644 million, according to annual earnings released this spring, while operating earnings before interest, taxes, depreciation and amortization was up 17.3% to $144 million.

Masuch, 64, got his start in music as the lead singer of the new wave band The Ramblers; he then moved to the executive side, working with Nena early in her career and eventually rising to managing director and senior vp overseeing Germany, Switzerland and Austria in BMG Music Publishing’s first incarnation. He advised Bertelsmann when the company sold its share of Sony BMG Music Entertainment to Sony in 2008, and soon afterward, with its backing, helped start BMG Rights Management — which later became BMG.

Masuch spends roughly 40% of his time visiting BMG’s 15 offices in 12 countries: mostly the United States and United Kingdom, “the two significant territories that determine the fate of a music company,” says Masuch, seated in BMG’s Los Angeles office for a wide-ranging discussion of how the company grew and where it will go from here. “My concern for 80% of my time is, are we in good shape? Do we have the right people in place? Do we have the right capabilities in place to develop globally relevant repertoire in the U.K. and the U.S.?”

You’re a global company, but right now half of your revenue is generated in the United States. What will that look like in five years?

The U.S. will always be around 40%-50% of our music revenue. Our investment priorities over the next years will be building repertoire in the U.S. and then creating the pipelines in the other territories to deal with it.

In which territories do you see the greatest growth potential?

Our next focus will be South America, because it’s a very locally driven market, so there’s much more room for international repertoire. We won’t go into South America to sign South American artists; if that happens, that’s fine, but we want to build the best international company in South America. Japan is also an undermonetized market for U.S. and U.K. repertoire. Africa is interesting, but, like India, right now we don’t have the right recipe.

BMG came of age in the digital era, relaunching the same year Spotify started. Does that shape the way you run the company?

Massively. Bertelsmann has a deep history in digital. We invested in AOL. We invested in Napster. Our basic position was that digital would have a big impact on deal structures. So we said, “Let’s do a model where if it’s 100% digital, the artists will immediately share in the benefits of the digital environment.”

During the last 10 years you’ve made over 100 acquisitions. What is your acquisition strategy as you switch toward more organic development?

When we started, we said, “Let’s just grab up a lot of small companies.” Some of the smaller acquisitions that involved very opinionated entrepreneurs were problematic. Now we look at big companies, because there’s more transparency in the sales process — like Virgin Music [part of which BMG bought from Sony/ATV in 2012] and Sanctuary [which BMG bought from Universal in 2013]. The biggest deal we did in the last three years was BBR Music Group, and that was a very professional process.

Your publishing operation now controls more than 3 million compositions, most of which you obtained through various acquisitions. Is that still the best way to grow?

We would like to do acquisitions, but the reality is that the prices for publishing catalogs are beyond what makes sense. Why should I pay multiples [of net publisher’s share, the standard industry measure of valuation] of 15, 16, 17 times when what’s probably the biggest part of publishing revenue — public performance royalties — we would be happy to see grow by 1%-1.5%? We have to work on a different metric: How can we be the most attractive partner for people who don’t want to sell catalogs?

In the recorded-music business, developing acts is riskier than buying record companies. How do those paths look to you?

I would challenge “riskier,” because if you buy a company at the wrong price, that’s a problem you can never fix. In developing artists, it’s more a question of taste and understanding culture, and then being very disciplined. I look at it and say, “I can pay $100 million for a company or I can invest $100 million in developing artists,” which means I can take on a lot of projects, have some end up failing and still be in the same position if enough work out.

Most of the recording deals you offer include a fairly high revenue split, with the rights to the master eventually reverting to the artist. Is that a sustainable business model?

Totally. The deal we really drive is structured a little bit like a publishing deal, where the artist makes 75% of all income, but all the marketing costs and production costs go against it. So the more reasonably you behave, the more money you make. We think we can do very well keeping 25%. It just forces you to not waste money. Who needs 20 remixes of a song that will not work anyway?

How can you promote new acts to radio, which can be expensive, and keep your costs down?

BMG also has a reputation for generally paying executives less than the majors. Does that help your model work?

I think we pay people fairly. I’m proud that the spread between our lowest salaries and our top salaries is the lowest in the industry. I have a really nice life, but I probably make 10% of what my peers make, and it doesn’t bother me.

You recently expanded into books and documentaries, including the acclaimed Joan Jett doc Bad Reputation. Is live next?

Yes. And merchandising. We’re looking at mini-festivals, for example in reggae or blues — there’s a big appetite for those genres. Can we create branded touring with different artists? A lot of thinking is going in that direction.

No, not at this point. They only sell businesses where they say, A) We don’t know how to optimize it, and B) The whole market position is getting critical. Neither apply to BMG right now. We are working in the market environment that is probably the most exciting, so why in the hell sell it if we understand how to run it?

You’re 64. Are you thinking about a succession plan?

Bertelsmann is very opinionated that you always have to present, once a year, a very clear view on who takes over if your plane crashes, and what happens if you decide to retire. But probably 70 is the right age to say, “Enough is enough.”

This article originally appeared in the July 27 issue of Billboard.