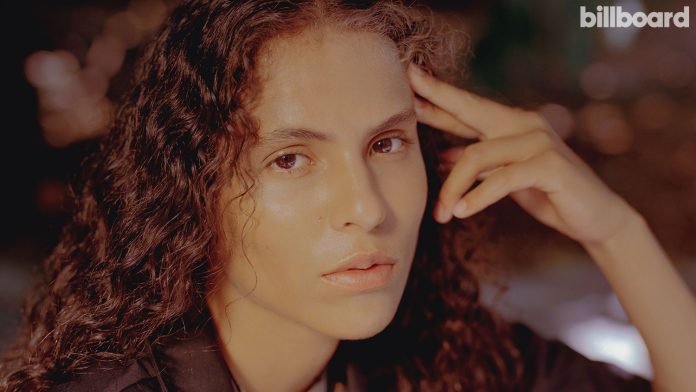 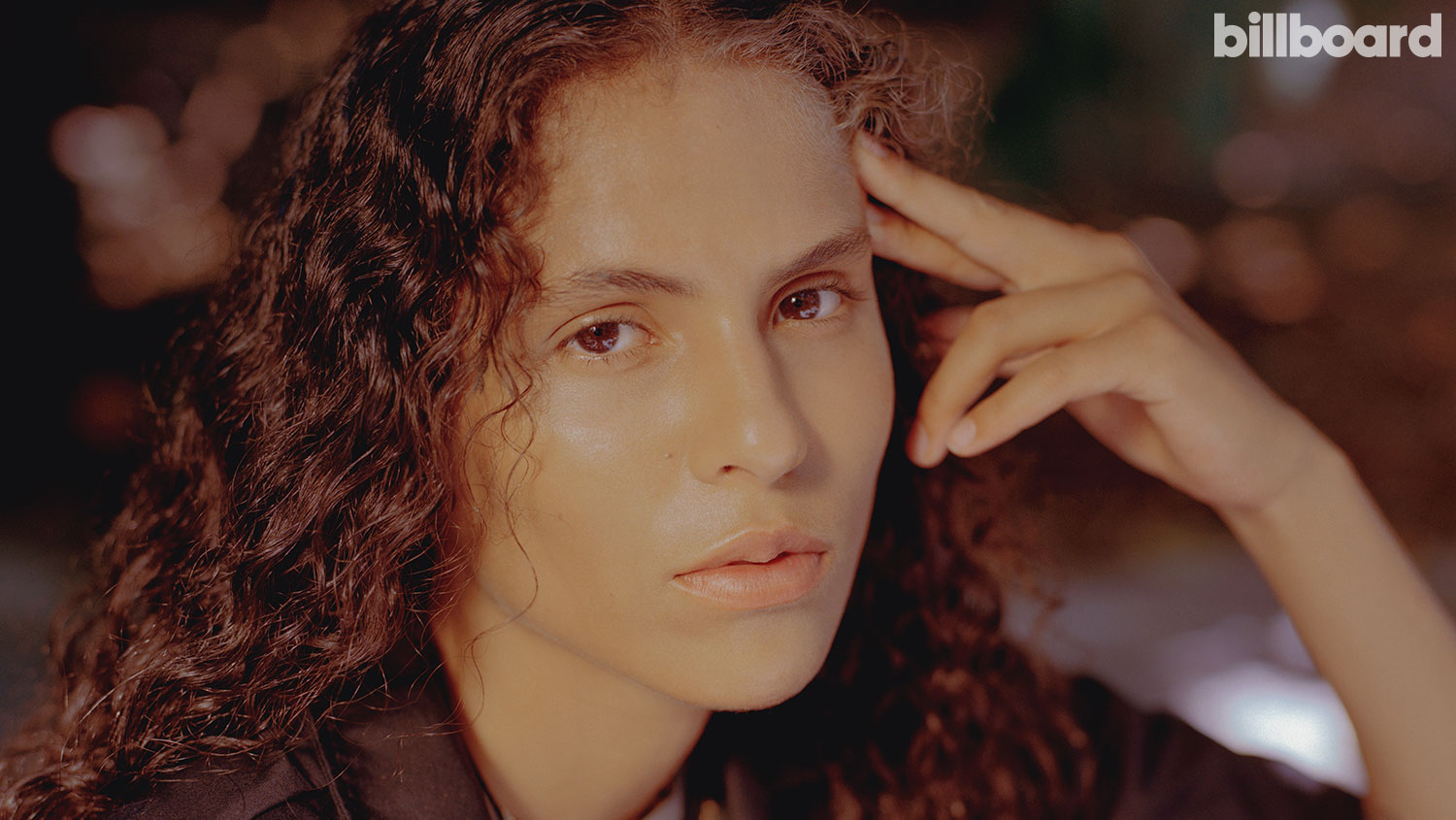 At 18, 070 Shake started messing around on a Casio keyboard and recording songs on a laptop with her friends. By the time she turned 21, the singer-rapper found herself in Kanye West’s inner circle. Her gritty and loose vocals were featured on albums by West, Nas and Pusha T as part of G.O.O.D. Music’s deluge of summer releases in 2018. Says Pusha T: “When Kanye had her try the hook on ‘Santeria,’” — a standout track off Pusha T’s Daytona that he and Shake performed on The Tonight Show Starring Jimmy Fallon — “we just knew it was right.”

Now, at 22, Shake has opened for The 1975 and partnered with The North Face for its #NeverStopExploring campaign. This year she guested on DJ Khaled’s Father of Asahd and the Beyoncé-curated The Lion King: The Gift soundtrack alongside Jessie Reyez. So far, she’s unfazed. “I don’t get too worked up about anything,” she says. “That’s where you get lost.”

The only thing the artist born Danielle Balbuena does get worked up about is her music. When she released her debut EP, Glitter, in March 2018, there were no expectations. But after a string of successful guest spots, Shake has to prove that she justifies the hype. For her upcoming debut full-length, Modus Vivendi — out Aug. 23 on G.O.O.D. Music and Def Jam — she retreated to a Los Angeles studio and recorded a hundred songs in just over a month with producers Dave Hamelin (The Tragically Hip, Leikili47) and Mike Dean (West, 2Pac, Travis Scott).

“I was completely focused, to the point where I had to let go of certain things in my life,” says Shake, who almost entirely isolated herself from friends and family while recording. (She doesn’t even have a cellphone, though she has tweeted from her mother’s phone.) “From that sacrifice came emotions,” she says. “Jesus would have made the greatest album of all time if he was able to speak on his feelings.” She often speaks mystically. When asked how she fell into music, she says, “I was simply walking into something that was already written for me for many lifetimes.”

Hamelin, a former member of the Canadian rock band The Stills, met Shake through former G.O.O.D. Music president Che Pope and agrees that Shake was meant to have a career in music. “She has a capacity to bring you into an emotional space that’s specific to her, and also has this very universal quality,” he says. Pusha T, who signed the singer to G.O.O.D. after West heard her music through a mutual friend, says her voice “cuts through on every song.”

Raised by a security-guard mother in North Bergen, N.J., Shake would often spend time in the studio with her aunt and uncle, who recorded Christian music together. But by her late teens, she felt confined by her hometown. “I was trapped in a place that didn’t allow you to be yourself,” she says of her teenage years. At one point, she was addicted to Xanax.

Around 2016, she and a local group of like-minded hip-hop artists and producers formed the 070 Crew, named after the first part of their zip code; they released their debut mixtape, the airy and brooding The 070 Project: Chapter 1, later that year. Soon after, Shake played crew member and G.O.O.D. signee Ralphy River her own music for the first time. He had a recording space set up in his home, and remembers that once he heard her material, he said, “You can take all this, I’m about to be coming to your house now.”

Shake started uploading her songs to SoundCloud. The hypnotic “Proud” immediately caught the attention of Miami-based promoter and social media star YesJulz, who reached out on Twitter and quickly signed on as her manager. (The pair stopped working together last August, each tweeting that the other was to blame for the split.)

With the support of G.O.O.D. Music and two new co-managers — Full Stop’s Brandon Phelps and Azoff Music Management’s Damien Smith — Shake barely skipped a beat. Her debut represents a major leap forward from Glitter — so much so that at one point she considered changing her stage name to Dani Moon to reflect the sonic shift. She did change her Twitter and Instagram handles to the new name and it appears on her tour poster, but she’s releasing her debut as 070 Shake.

She has already previewed Modus Vivendi — a Latin phrase for “way of being,” usually one that allows for a peaceful tolerance of conflict — with the throbbing single “Morrow” and the Auto-Tune-aided meditation “Nice to Have.” Throughout, she switches between mumbled verses and soaring vocals, which, paired with mind-bending and aggressive production that recalls both West’s Yeezus and Scott’s Astroworld, makes Modus Vivendi Shake’s boldest work yet.

She’ll take the new music on the road starting Sept. 18, kicking off a 16-date tour of 500- to 700-person venues that includes a stop at Las Vegas’ Life Is Beautiful festival, but she’s also eager for more time in the studio. “I already feel like I’m on a different level now,” she says. “I just want to get this out, and get onto the next one.”

These four 070 Crew creators are poised to make major waves of their own.

The 21-year-old rapper never considered making music until he met the 070 Crew. Soon enough, he and Shake were recording together every day after high school. He recently released his two-years-in-the-making debut EP, MNIM, which features the menacing “Perfect,” and has already teased on Instagram that fans “can expect NEW stuff very soon.”

The 070 Project: Chapter 1 was originally slated as a joint release between Shake and longtime rapper Phi. But “then we all started creating together,” recalls Phi. “Everything was falling into place perfectly.” The 25-year-old recently signed to Nas’ Mass Appeal Records, released his Outside mixtape in February and was featured in July on the soundtrack to Marvel’s The Fresh-Men web comic series.

River, who signed to G.O.O.D. Music in 2017 and whose voice draws comparisons to The Weeknd, shares Shake’s workaholic mentality as well as her label. “Once you’re in the zone, it’s hard to take yourself out of it,” says River, 22, of his numerous projects, including the upcoming EP Daniella and the forthcoming joint mixtape with 070 Treee Safari, Dreaming in Color.

The 24-year-old singer-rapper was interning at a North Bergen studio when she first met the rest of the 070 Crew, which came in for a recording session. “Everything happened so organically,” recalls Safari of the collective’s formation. On July 16 she released the dreamy single “Summer,” one of a handful of tracks recorded with River in Paris earlier this year.

This article originally appeared in the July 27 issue of Billboard.