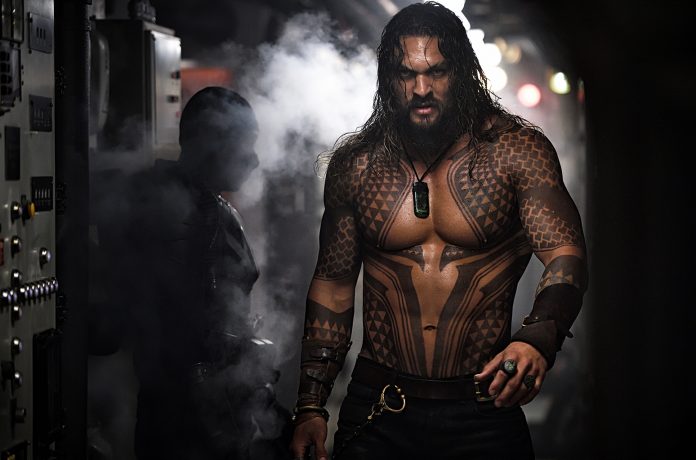 ‘Mary Poppins Returns’ comes in at $28M for the weekend, putting its global tally at $173M; ‘Vice’ divides audiences while Ruth Bader Ginsburg pic ‘On the Basis of Sex’ impresses.

Warner Bros.’ Aquaman made a big splash at the box office in its second weekend, falling a modest 24 percent to $51.6 million for a domestic total of $188.8 million, by far the best showing of the busy year-end holidays.

Overseas, the $200 million tentpole grossed another $85.4 million from 78 markets for a foreign tally of $560 million and $748.8 million globally in a needed win for the DC superhero universe (it’s also a big win for director James Wan and star Jason Momoa). China’s haul alone is north of $250 million.

Aquaman has quickly surpassed fellow DC titles Justice League ($657.9 million) and Suicide Squad ($746.7 million) and is now destined to finish its box-office run with north of $900 million in global ticket sales. That will mark the best showing for a DC movie since Christopher Nolan’s The Dark Knight Rises in 2012, a feat Aquaman has already achieved internationally.

The strength of Aquaman and other Christmas entries helped ring out a record year at the domestic box office in high style, even without a Star Wars pic. On Sunday, revenue hit $11.8 billion. The previous all-time best of $11.4 billion was set in 2016.

Disney’s Mary Poppins Returns, holding at No. 2 throughout the holidays, earned $28 million in its second outing for a domestic total just shy of $100 million ($98.9 million). The family-friendly musical has stabilized after a slower-than-expected start and was up 18 percent from last weekend.

Emily Blunt plays the eponymous nanny in Mary Poppins Returns, which is pacing well ahead of last year’s holiday musical The Greatest Showman and on par with the 2012 Christmas musical Les Misreables. The movie cost a reported $130 million to produce.

Facing tough competition from Aquaman for males, Paramount’s Transformers spinoff Bumblebee stayed at No. 3 in its second weekend with $20.5 million for a North American total of $64.6 million. Directed by Travis Knight, the critically acclaimed film stars Hailee Steinfeld.

Bumblebee buzzed to $45.7 million from 55 foreign markets for a foreign total of $90 million and $154.6 million worldwide.

Sony’s Spider-Man: Into the Spider-Verse came in No. 4 in its third weekend with $18 million for a domestic cume of $103.6 million. Globally, Spider-Verse cleared the $200 million mark after earning $27.4 million overseas from 60 markets for a foreign cume of $109.6 million.

Also in its third weekend, Clint Eastwood’s The Mule rounded out the top five with $11.8 million for a pleasing domestic cume of $60.7 million. The film is another holiday win for Warners, and already marks Eastwood’s third-best gross in recent years behind Sully and American Sniper.

Adam McKay’s awards contender Vice, starring Christian Bale as former U.S. vice president Dick Cheney, placed No. 6 with $7.8 million. From Annapurna, the $60 million film opened nationwide on Christmas day and is reporting a six-day launch of $17.7 million. Vice has divided audiences, earning a C+ CinemaScore overall after being given As from various segments of the audience, or Ds and Fs. And it’s no surprise that Vice is performing best on the two coasts.

Vice came in ahead of Sony’s troubled Christmas comedy Holmes & Watson, a riff on the famed detective duo. The film, starring Will Ferrell and John C. Reilly, earned $7.3 million for a six-day total of $23 million. Holmes & Watson was ravaged by critics and audiences alike, earning a rare D+ CinemaScore. Internationally, the comedy opened to $4 million from eight markets for a global bow of $27 million.

The Jennifer Lopez romantic comedy Second Act followed at No. 8 with $7.2 million in its sophomore outing for a North American cume of $21.8 million. STXfilms says Second Act, up 10 percent from last weekend, is already headed for profitability after costing $16 million to make before marketing. The film’s early foreign total is $6.6 million for $28.3 million globally.

Universal and DreamWorks’ Welcome to Marwen — the biggest bomb of the 2018 holidays — fell outside the top 10 in its second weekend. Directed by Robert Zemeckis and starring Steve Carell, the dramedy earned $2.2 million for a dismal total of $7.8 million.

From Focus Features, On the Basis of Sex scored a location average of $20,909 from 33 cinemas, the best showing of the weekend for any film. The specialty film’s six-day gross is an impressive $1.5 million.

Annapurna’s Destroyer followed with a location average of $19,491 from three theaters.