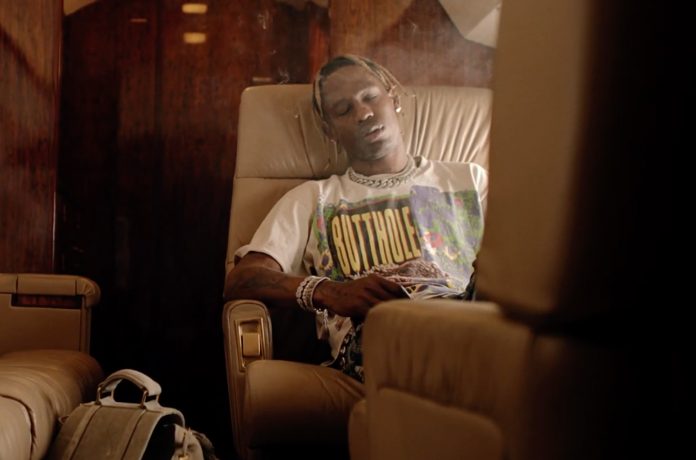 In the midst of his raucous Astroworld Tour, Travis Scott dropped off a video for “Yosemite,” the third single from his Billboard 200 No. 1 album, on Friday (Nov. 30). The Nabil-directed clip finds La Flame and Gunna jetting across the wilderness, while Scott views a younger version of himself discovering the Astroworld theme park for the first time.

The flick begins with the 26-year-old dozing off on a private jet as his young self lands in the middle of the open jungle. He then wanders through the supernatural woodlands in awe of his findings. Following an abbreviated verse from Nav, who is noticeably absent from the visual, the youth finally comes across the joyous attractions filled with thrill rides and views Travis’ plane flying high above.

The “Sicko Mode” artist is currently trekking through the North American leg of his riotous carnival-themed Astroworld Tour, which comes to Philadelphia on Saturday and wraps up in Portland, Oregon, just before Christmas. Earlier this week, Scott completed back-to-back sold-out shows at Madison Square Garden in New York City.

Watch the “Yosemite” video below.