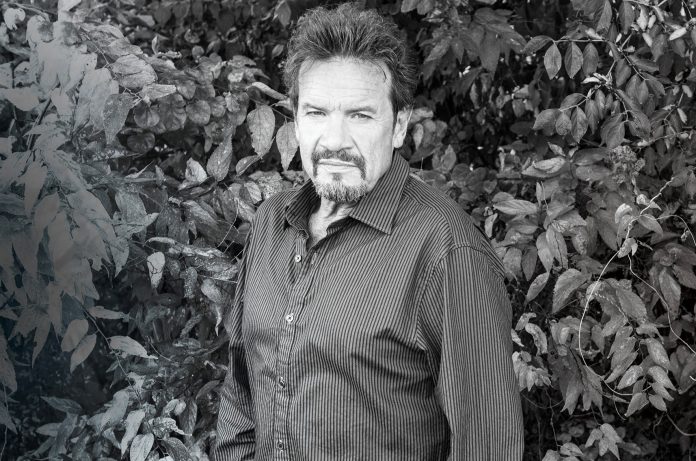 For anyone who has the lingering misconception that Christian singers lead perfect, easy lives, Russ Taff: I Still Believe, a new documentary on the life of the Gospel Music Hall of Famer, will shatter that myth. Russ Taff, whose new album, Believe, releases Nov. 2, is the subject of a revealing film that chronicles childhood abuse and his struggle with alcoholism. Fathom Events and Fuseic Entertainment are taking the documentary to nearly 600 theaters across the country tonight (Oct. 30) through Fathom’s Digital Broadcast Network (DBN).

“I had no idea this new record would dovetail right with this movie. The timing of all this has been unbelievable,” Taff tells Billboard.

Produced by Phil Naish and Mark Hornsby, Believe is Taff’s first album of new music in seven years. The project is being released by Fort Wayne, Indiana-based Sweetwater Studios, a division of Sweetwater Sound, with worldwide distribution through Fuel Music. “They contacted me and said, ‘We want to do a record,’ so I went up there probably seven or eight times working on this,” says Taff, who has been inducted into Gospel Music Hall of Fame an unprecedented three times—as a soloist and as a member of The Imperials and the Gaither Vocal Band.

“Phil Nash is so talented and Mark Hornsby is an incredible engineer and producer himself, and it was the most elaborate studio I’ve ever been in with all the gadgets and stuff that is brand new on the market. The studio was just absolutely phenomenal and their microphone closet is just huge.”

The album marks Taff’s first foray into worship music as he tackles such anthems as “Your Love Never Fails,” “No Longer Slaves,” “Be Still My Soul” and “Same Power.”  He says people have asked him for a long time when he would record a worship album, and he admits he was reluctant because everyone seemed to be recording one, and he didn’t want to appear to be jumping on the band wagon. However, when he began looking for songs, he knew he had to do it. “I started listening to praise and worship music and there were some really good songs out there that I didn’t know and I hadn’t heard,” says Taff, who has won six Grammys and 18 Dove Awards. “There were songs that just blew me away. I teared up in the studio on the song ‘Isn’t the Name.’ It’s beautiful.”

Believe also features new recordings of such Taff classics as “We Will Stand” and the lead single “I Still Believe.”  He also enlists a couple of special guests on key tracks. Amy Grant joins Taff on “Don’t Try So Hard” and David Crowder is featured on “I Am.”
Grant, MercyMe’s Bart Millard, Michael W. Smith, Newsboys’ Michael Tait, Mark Lowry and Chonda Pierce appear in the documentary and have been helping promote it via social media.

Taff is pleased with the film and the timing. It’s a story he wasn’t willing to tell sooner. “With both of my parents gone, I felt I didn’t have to protect them anymore,” he says of his alcoholic father and abusive mother. “I knew I wanted to tell my story about growing up in a pastor’s home and getting beaten like crazy at nine-years-old for talking outside the family… When you grow up in trauma and shame even though you are broken inside, there’s still that thing that you protect your family. At their funerals, it was just really hard. My dad died in 1997. Standing at his graveside and [I was] just loving him and hating him and loving him and hating him. It was just tearing me apart and [I felt] the same way when my mother died.”

Alcohol became a way for Taff to cope with the pain of his past. “I remember having my first drink at 26-years-old. I’d never drank before,” he says recalling a trip to New York City with his wife Tori, and drinking some beer from a friend’s refrigerator, not knowing the downhill spiral it would cause. “Everybody has a story. I just wound up with a microphone.

“I had the first Heineken and I started feeling something,” he continues. “Those voices in my head started getting silenced and by the third one I didn’t hate myself anymore. I didn’t hate my parents. It’s like I got numbed to all of that stuff that was hurting so deep. I tried to act like my childhood didn’t matter and shoved it to the side and walked on, but it would just keep reaching up and sticking a knife in my back.”

With the help of his wife and AA, Taff got sober. “I started going to AA and I would sit there hoping nobody would recognize me, but desperately needing what they had to say,” he recalls. “I would not go on stage drunk. I would have it back at the hotel waiting for me. After the concert was over, I was so ready to go back to the hotel. I didn’t want to stay around to shake anybody’s hand. I was just hurting so bad. There was just so much shame and the more I drank the bigger the shame was. It just turned into this cycle and I was spinning down. Tori fought for me as hard as she could, but if you don’t love yourself, and until you learn to fight for yourself, you are never going to make it. I did get sober for Tori. I owed her that because I put her through hell.”

Now married 42 years, Russ and Tori Taff live in tiny Bell Buckle, TN, a Mayberry-like community where life is quiet and his creativity has once again blossomed. “I want to tell my story and what God has done in my life,” he says. “All through my life when I’m in desperate need, God has always brought somebody to help me. Sometimes it takes me awhile to hear them and hear God, but every step along the way he has always brought somebody. When I needed to make a life changing decision, there was always somebody there that I could turn to that would help me to the next level. God has brought me through so much in my life and he’s been with me every step of the way.”